Having the opportunity to travel to Cần Thơ after visiting Cái Răng floating market, walking Ninh Kiều wharf, enjoying fruit, gardening cuisine … you should come to visit ancient houses carrying the marks of delta river culture. Meanwhile, Bình Thủy ancient house is a famous tourist attraction in Cần Thơ city. It has outstanding culture and architecture and is one of three famous ancient houses representing the culture of the Mekong Delta river. This is an indispensable destination for travelers whether when you’re traveling with a group or solo.

The ancient house of Bình Thủy located at 144 Bùi Hữu Nghĩa, Bình Thủy, Cần Thơ. The house was built in 1870 and owned by the Dương family. In 1911, a member of the 4th generation of this family, Mr. Dương Chấn Kỷ refurbished the house. He created a harmonious space mix of European and traditional designs. In the 1980s, Mr. Dương Văn Ngôn – a member of the 5th generation collected lots of priceless orchids and grew an orchid garden around the house. 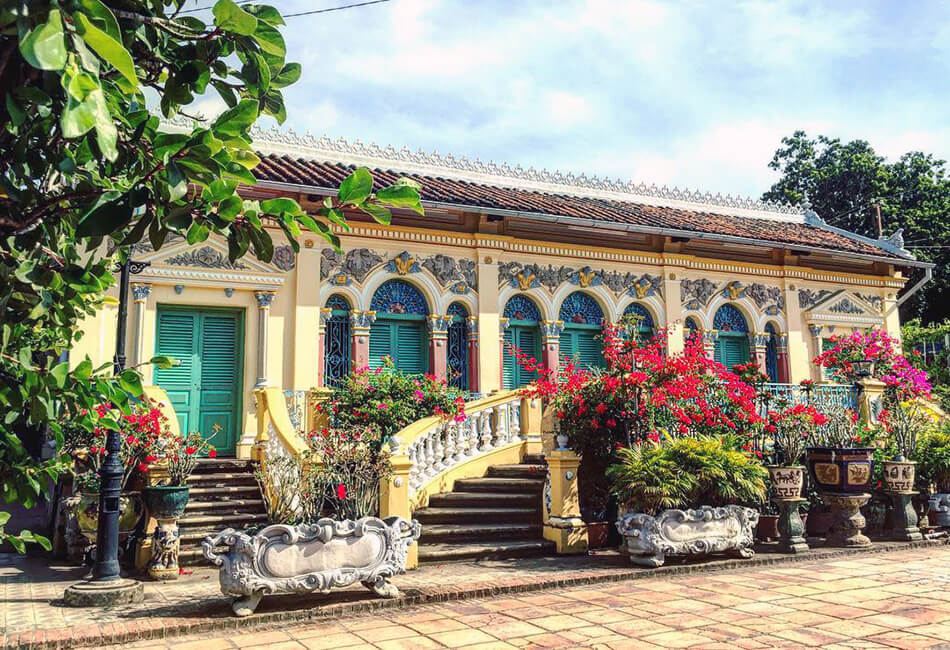 Until now, the house has existed for over 150 years and has been one of the designs well preserved. A visit to this destination will be an opportunity to learn fascinating things about the house’s history and architecture.

The house was built on a total area of ​​about 6,000 square meters and divided into five compartments. The iron fence and gate were designed in the style of a French mansion. The front is attached with the sign “Phước An Hiệu”.

The main compartment is reached by two ways of the bow-shaped stairs, which were designed on both sides and looked harmonious. There are two other straight staircase leading to the two wings of the house.

Going up the stairs through the front into the house is a series of windows ensuring ventilation for the house. Also, its foundation is about one meter higher than the land surface, making the house more spacious and comfortable. That why you could not find any fan or air conditioner inside. 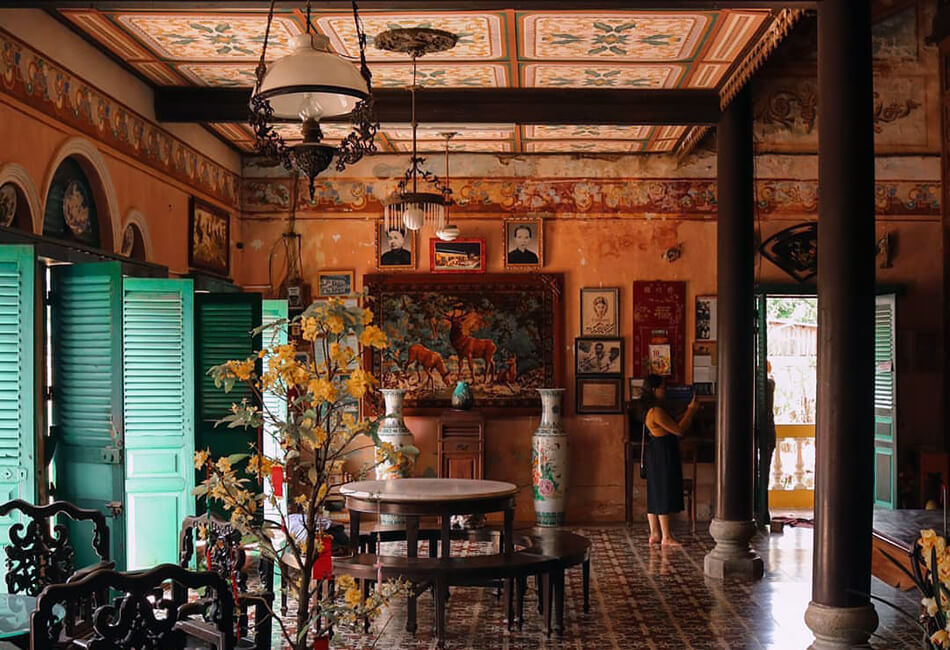 Although the architecture of the house, the living room is decorated in European style, one of the most important places – worshiping area decorated with the traditional style of the locals in Mekong Delta river. The incense burners, lamps and carved structures were all very delicately decorated. All the sculptures of the house are taken from the image of animals that bring prosperity to the householder such as bats, birds, peacocks, shrimp, crabs, dragons, phoenixes … Besides, the image of ochna integerrima, lotus, asteraceae, bamboo, and orchids are also skillfully and ingeniously brought in. 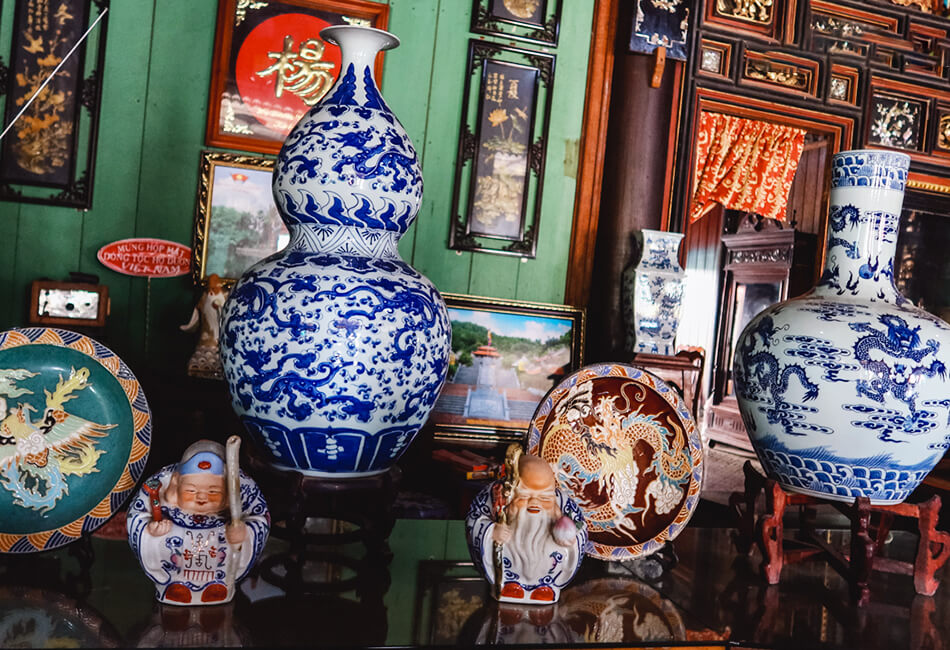 In addition, the house also has been preserving many valuable antiques for centuries such as: marble furniture with a diameter of 1.5m, thicker than 6cm, originating from Yunnan province, China,
white lanterns from XVIII century, cups of tea and wine from the Ming-Qing dynasty, three sets of lavish wooden chairs and tables, big vases with 1.2 meter high, Louis XV style salon, a chandelier dating back to the 18th century…. This shows a harmonious East-West cultural communication, selectively expressing the sophisticated aesthetic tastes of the owner.

At the end, with its architectural and historical value, Bình Thủy ancient house has been recognized as an “artistic relic national-level” and chosen as the studio of many renowned Vietnamese films, depicting the life of the local people in the past. Director Jean Jacques Annaud used this house, instead of Huỳnh Thủy Lê ancient house in Sa Đéc city, to make a famous film called L’Amant (the Lover).

If you have the opportunity to travel to the West to Can Tho, do not forget to visit Binh Thuy Ancient House – the most beautiful old house in Tây Đô ( The Western city).